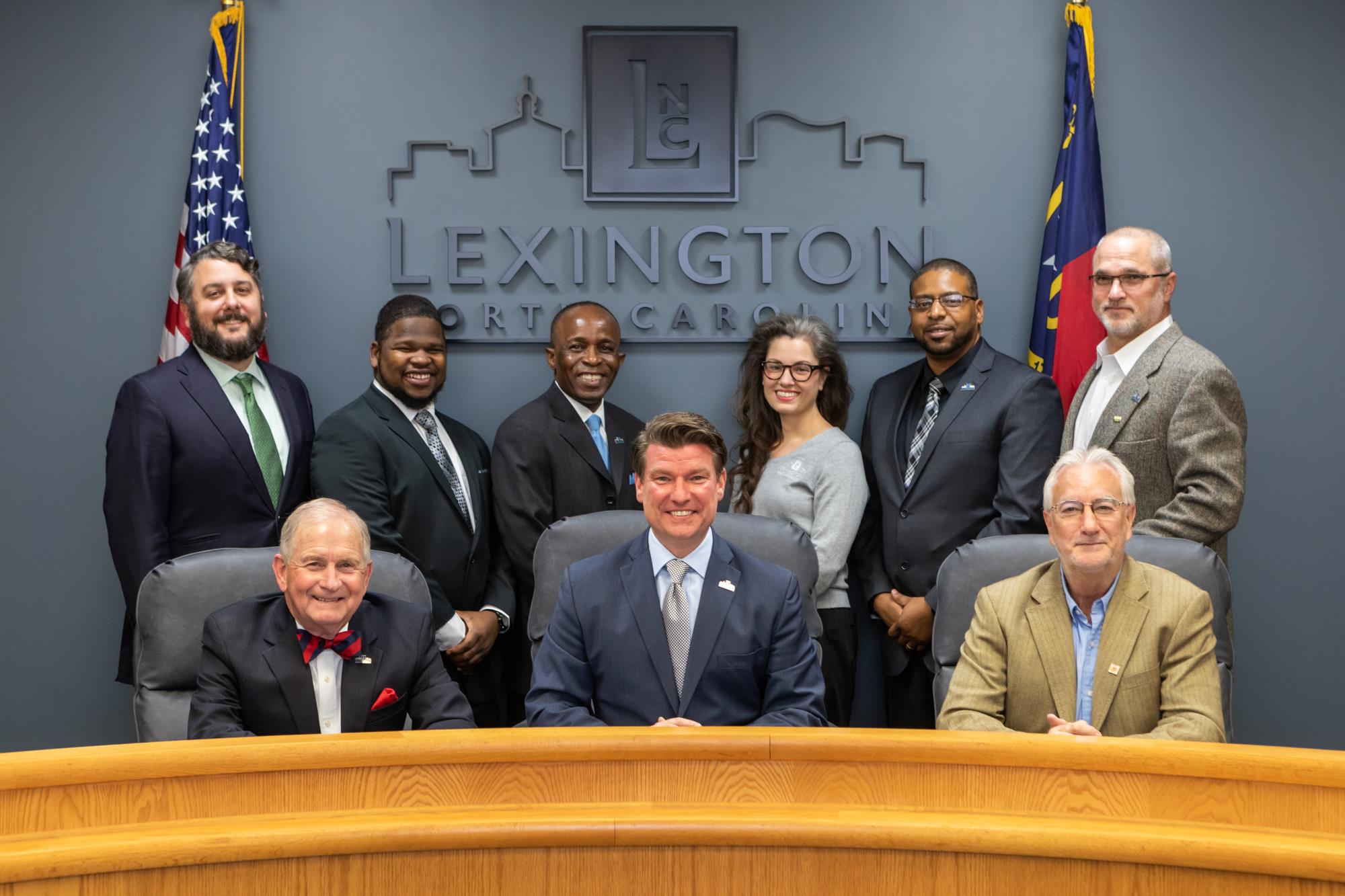 The City has a Council-Manager form of government with City Council being responsible for establishing policy, passing ordinances, adopting the budget, appointing committees and the City's legal counsel, as well as hiring the City's chief administrative officer, the City Manager. The City Manager is responsible for carrying out the policies and ordinances of the governing board, for overseeing the day-to-day operations of the City, and for the appointment of the Department Heads who direct City staff to deliver the services and to meet the Keys to becoming a City of Choice, initiatives, and vision for the City of Lexington.

City Council Meetings
The Lexington City Council holds regularly scheduled meetings on the second and fourth Monday of the month (with the exception of July and December whereby one meeting is held on the second Monday) at City Hall at 6:00 p.m.

City Council regular meeting dates, agendas, digests of action and minutes can be found by visiting the calendar. The agendas are posted to the calendar event as soon as available, which is typically a minimum of two days prior to the meetings. The digest of action which summarizes action taken at the meeting is posted the following day. The detailed minutes from the meeting are posted after they are approved by City Council, which occurs at a subsequent City Council meeting.

Mayor Newell Clark
The Mayor conducts meetings in Lexington City Hall at 28 West Center Street.  Please visit the following link if you would like to schedule a meeting with Mayor Clark.

To Find Your Voting Ward
Please visit the Voting Wards for Mayor and City Council if you would like to know which Councilor represents you.  Be sure to visit the calendar for the next Town Hall meeting in your Ward and Sign up for eNews to be notified!

Free viewers are required for some of the attached documents.
They can be downloaded by clicking on the icons below.